SOCCER AMERICA: Do you think the Development Academy is on pace to make the positive impact on the U.S. game hoped for when it was launched in 2007?

TONY LEPORE: In general, we feel like we’re making great strides. We’ve always seen this as a long-term process so we want to be critical of ourselves throughout the process. So we still feel like we have a long way to go. But looking back at the major tenants of the philosophy when started the Academy is a really good way to measure progress.

Before the Development Academy, training was an average of two times a week – so say 3 hours a week, or 12 hours a month. In early Academy we moved that to three times a week. Now it’s four times a week -- 6 to 8 hours a week. Which is closer to a player this age in Italy. Before the Academy, we were training 50 percent less in that comparison. Now we’ve really closed the gap.

That’s significant progress. And we've got a 4-to-1 training to game ratio.

SA: Decreasing the number of games was a key part of the Academy’s aim for elite players ...

We’re at an average of 32 games and for the most part the Academy’s games are meaningful.

So meaningful games have tripled.

SA: How about the aim to emphasis development over winning?

TONY LEPORE: We have made progress, especially since Claudio Reyna came aboard [as Youth Technical Director in 2010]. He’s been a really powerful voice

We’ve called people out for having too defensive an approach. We have good competition but with a focus on the style of play.

One measure we always look at is how many younger players do we have playing up. We track it through our database and that has tripled.

Young players playing up can be at the expense of winning games if they’re physically not ready or physically don’t help you. But people are prioritizing that with style of play as well.

This year’s Academy final was a really good example not just for style of play -- the possession play, the attacking approach for both teams -- but for the number of young players in that game. ...

Another important facet of the Academy is adopting international rules ...

And thanks to our start rule [25 percent of the games], when clubs take on a player, they invest in his development, which means they get matches. Also, we had a lot of guys who didn’t know how to be a sub when they came into a national team. And we don’t have a lot of overplayed guys at key points in the cycle of the national team.

SA: Another aim of the Academy was removing the pay to play.

TONY LEPORE: We’ve gone from nine to 23 clubs [out of 80] who fully fund their Academy teams. We feel we have a long way to go, but we’re making great strides there.

SA: So would you say the Academy has made youth soccer less expensive?

TONY LEPORE: It’s less expensive because we have more of our elite players playing at no cost than we’ve ever had before in this country.


(Look for Part 2 of our interview with Tony Lepore, in which he addresses the Academy’s ban on high school play and the Academy’s role in identifying national team players.) 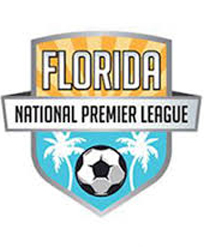